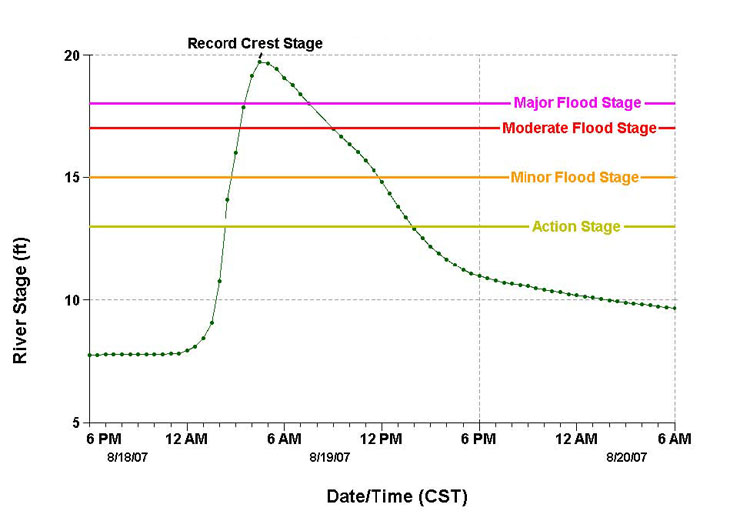 River levels of the North Canadian River at Watonga, OK

Flash Flood  A flood which is caused by heavy or excessive rainfall in a short period of time, and occurring generally less than six hours after the causative event. A dam failure may also cause a flash flood, depending on the time period. During the early morning hours of August 19, 2007 the remnants of Tropical Storm Erin tracked from southwestern Oklahoma into central Oklahoma. Three main stream rivers rose to near record levels in a matter of hours.

Studying the line graph above, determine what time of day did the river stage reach crest stage?

How many feet above the minor flood stage did the river crest?